Stinky Pete’s essentials for any Flea Market frequenter/enthusiast. It is the code to live and die by, and they are always evolving:

Ever been to a flea market? This bizarre world of resurrected oddities, the physical Wikipedia of junk?  Junk! –the flea market is that temple of “one man’s junk is another man’s treasure.” It is the place where defunct objects get new leases on life. As an object is written off as outdated and useless, a flea market vendor facilitates a ceremonial re-birth by the ancient mysteries of hawking. This simple magical ceremony of letting go, and acceptance (by throwing down capital), where the recipient assumes an object’s eccentricities, quirks, peculiarities, and bizarreness. From the mundane to the exotic, this is a place of discovery. The flea market is literally a place of knowledge, a school of sorts: history, archaeology, psychology, art, business and much more are offered and taught, albeit only on weekends.

Ironically, the flea market is a place where an object is extremely valuable and very cheap at the same time.  It is a smorgasbord of value that is waiting on your desire, taste and talent.

Old worn out copies of elementary school arithmetic, geography or grammar books beg to be rescued as they lay at the bottom of a box piled up with rusty crooked nails and used half empty cans of paint. The flea market is a wild jungle full of inexplicable encounters. Cheap deals and oddities come alive in bestial forms releasing animalistic pheromones wafting through the air. This in turn triggers the release of colossal amounts of testosterone, estrogen, progesterone, and other hormones coursing through your veins, inducing feverish desires to acquire a useless object you have never contemplated ownership prior to that moment –a junk passion at first sight.

In the modern rigid world of a box store “Fixed Price” the flea market is an open air island of no holds barred; negotiations are encouraged and welcomed, and they can bring prices crashing down to unheard of levels. A final deal requires the wrestling of auctioneer’s speed and buyer’s wit and cunning.

The flea market is the place of discovery: where would anyone go to get an eight-track head cleaner, or rummage through a box of ancient reel to reel tapes? it is a place of light humor: Ever wonder where enterprising Stinky Pete got these flowers he is hawking?  Or did he just rip them off the side of the highway on the way in to sell as “Natural Organic Arrangements”?  One shall never know.

Ultimately, it is where a tattered signed copy of Elbert Hubbard’s “A Message to Garcia” lays in the same box as an unopened six pack of Billy beer, along with a pair of old chipped glass insulators.

The flea market is a place of Cacophony, it induces both confusion and euphoria. With the certainty of finding Known knowns, known unknowns, and unknown unknowns you are certainly in the now, in the right place, at home in the dirt mall. So, find one nearby and happy hunting. 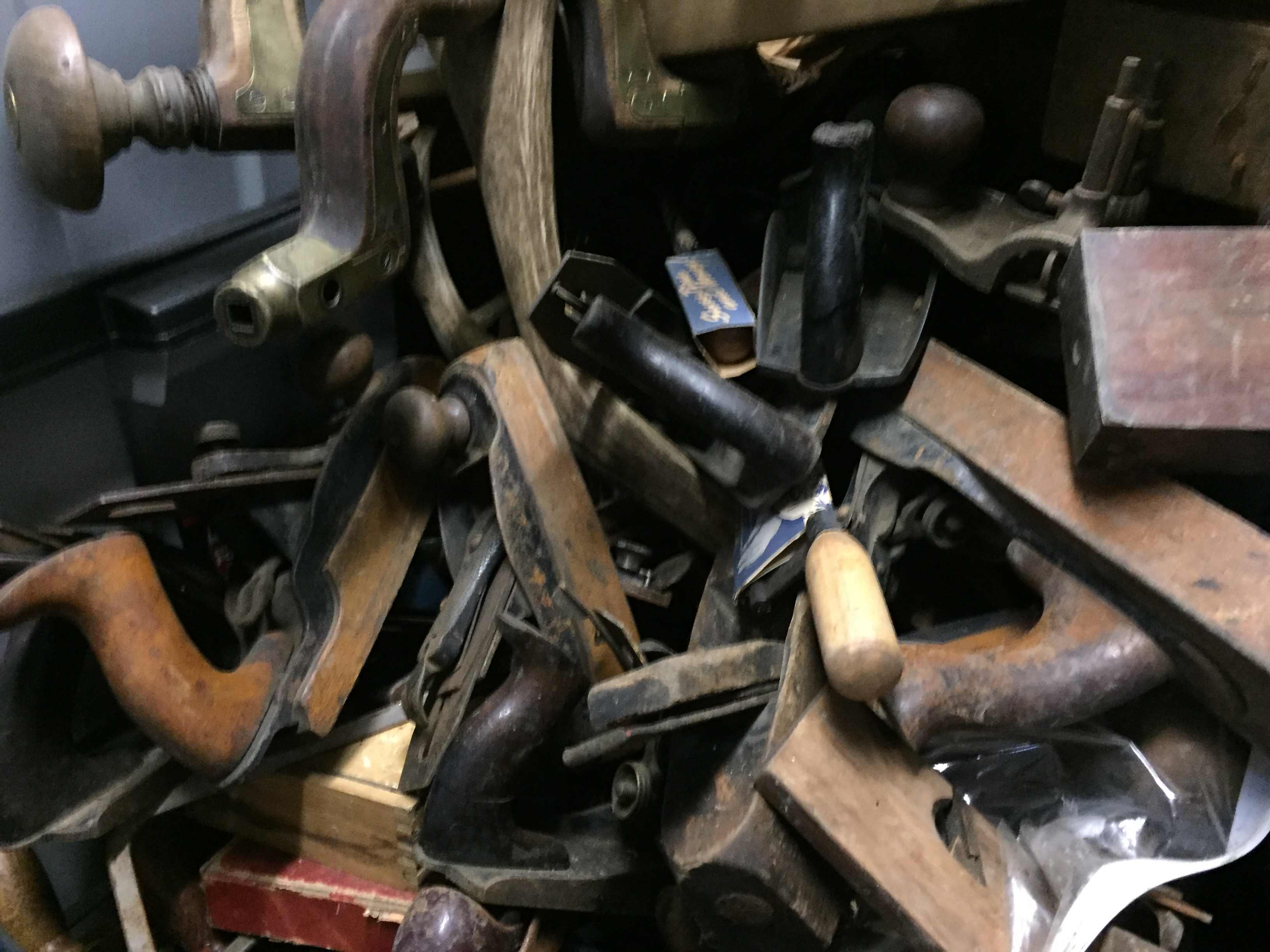 A pile to pick from